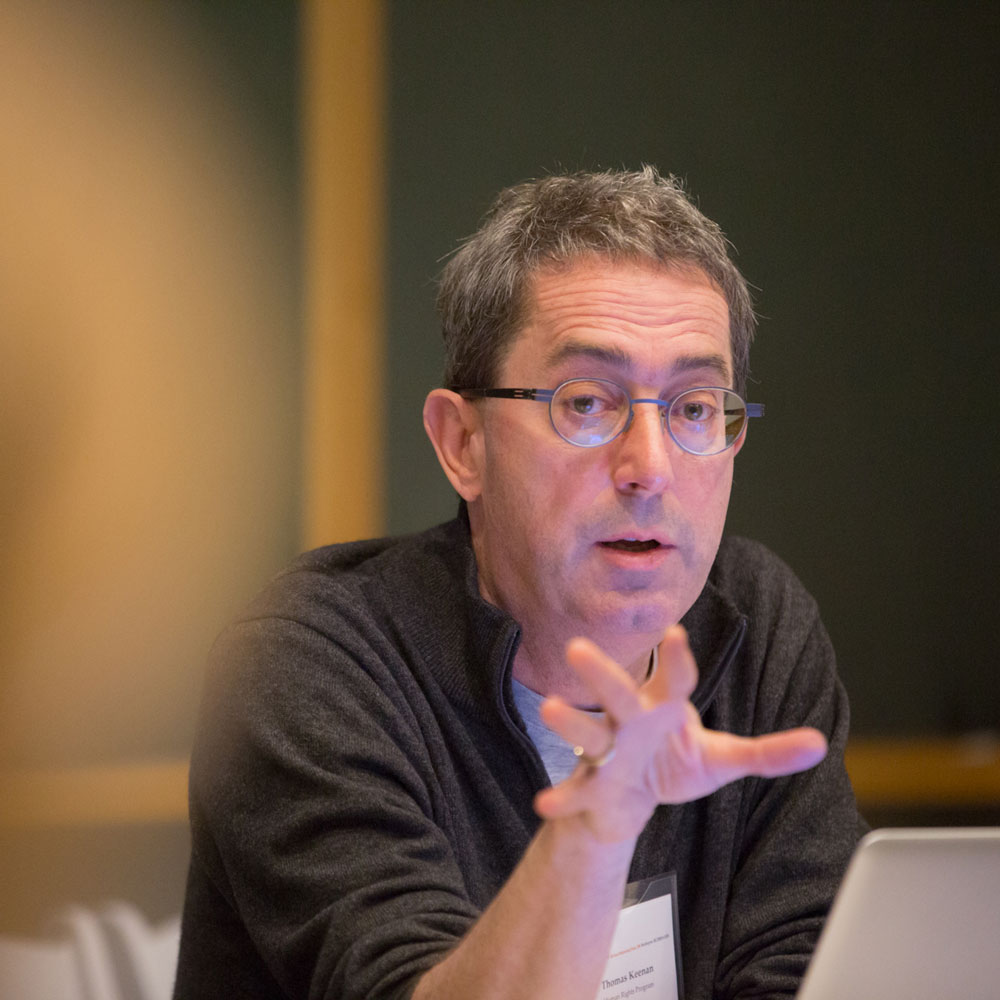 Thomas Keenan is the director of the Human Rights Project and Professor of Comparative Literature at Bard College.

He has served on the boards of a number of human rights organizations and journals, including WITNESS, Scholars at Risk, The Crimes of War Project, The Journal of Human Rights, and Humanity.