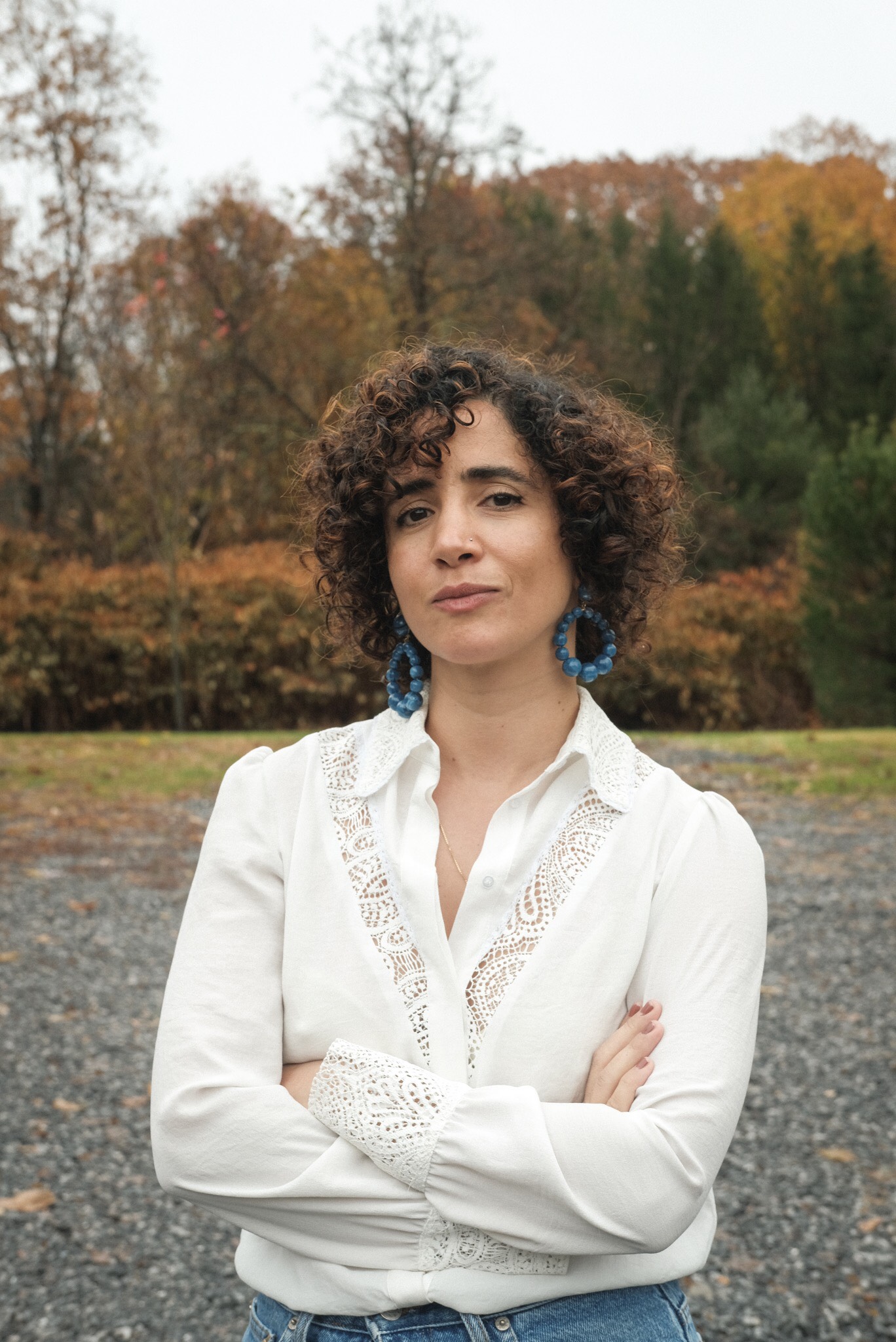 Tania El Khoury is the director of the Center for Human Rights & the Arts as well as a Distinguished Artist in Residence in the Theater and Performance Program at Bard College.

She is a live artist whose work and research focus on the political potential of audience interactivity. She creates interactive installations and performances in which the audience is an active collaborator.

Tania co-curated the 2019 edition of the Live Arts Bard Biennial at the Fisher Center, titled Where No Wall Remains: An International Festival about Borders.

Her work has been translated into multiple languages and shown globally in spaces ranging from national museums to fishing boats. She is the recipient of the Soros Art Fellowship, Bessie Award for Outstanding Production, International Live Art Prize, Total Theatre Innovation Award, and Arches Brick Award. She is cofounder of Dictaphone Group in Lebanon, a live art and urban research collective aiming at questioning people’s relationships to cities and public spaces.

Tania holds a PhD in Performance Studies from Royal Holloway, University of London. Her publications include The Search for Power and Gardens Speak (Tadween Publishing), “Camp Pause: Stories from Rashidieh Camp and the Sea” (Jadaliyya), “Performing the Arab” (Kohl: A Journal for Body and Gender Research), “The Scenography of The Revolution,” “Two Live Artists in the Theatre,” and “Swimming in Sewage, Political Performances in the Mediterranean” (all in Performance Research), and “We Are All Witnesses: The Arab Spring in Photos and Electronic Wars” as well as “Spaces and Bodies in Arab Revolutionary Art” (both in Journal of Palestine Studies).

Tania teaches performance and live art, audience interactivity, the intersection of art and activism with a focus on spatial justice.