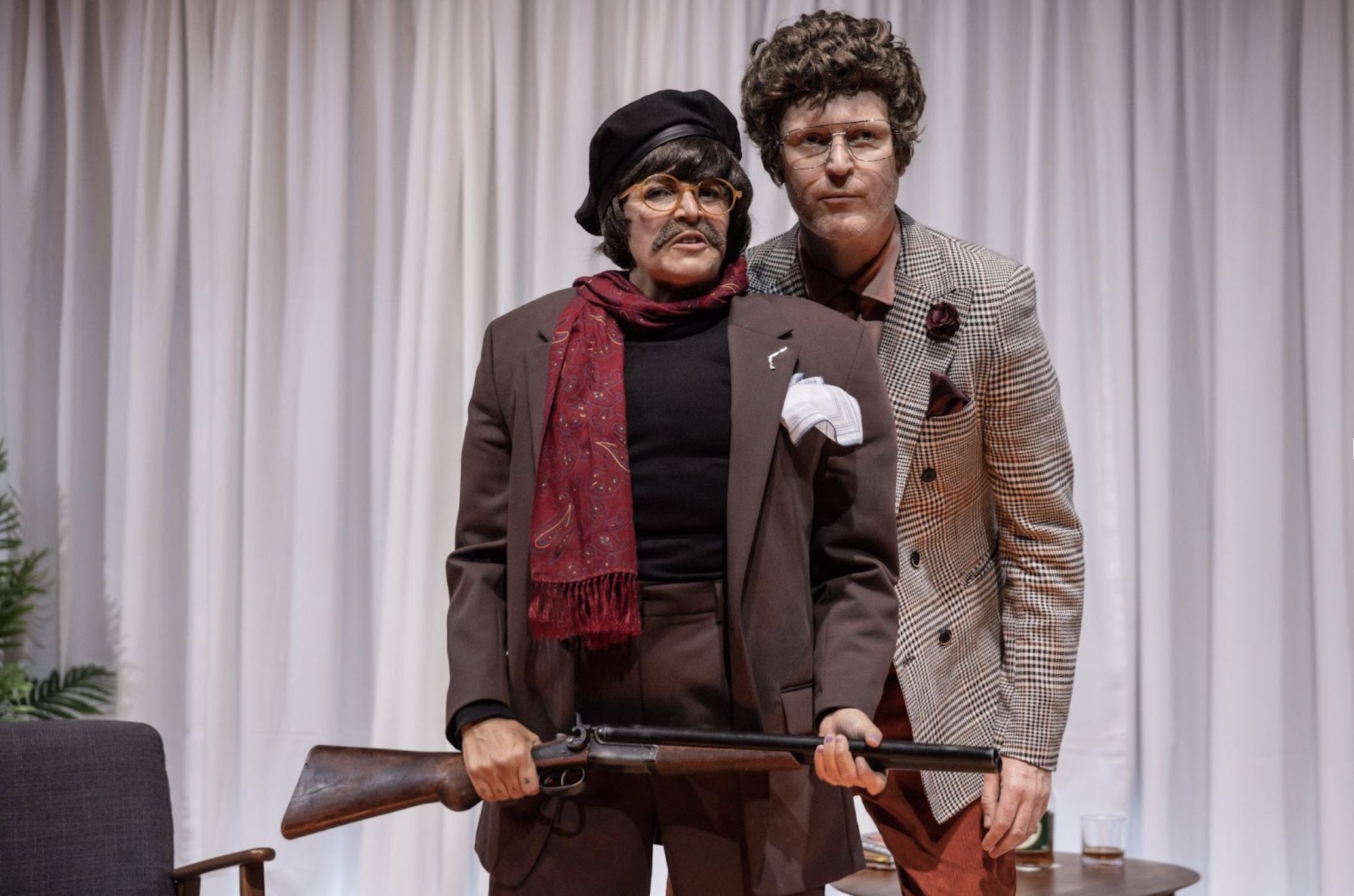 CHRA’s Adrienne Truscott recently showed and performed in MASTERCLASS, a collaboration between her and Dublin theatre-makers Brokentalkers, at the Edinburgh Fringe Festival. The work received a Fringe First award which recognizes outstanding new writing premiered at the festival. Established in 1973, the Fringe Firsts are recognized all over the world and are the most prestigious theatre awards at the festival.

MASTERCLASS was critically acclaimed, with The Guardian describing it as “scoring pertinent points about the abusiveness inherent in the genius cult”, and The List calling it “a stunning dissection of patriarchy, privilege and performance in a forceful work about sanctified male writers.”

The piece is a satirical performance interrogating gender and power structures in today’s world, with theatre as a metaphor. Using real life examples of unnamed divisive but celebrated playwrights, MASTERCLASS combines existing footage, publications, and interviews to let these very artists reveal uncomfortable truths about themselves, and by extension, about our culture. The performance begins with an interview with a ‘master’ playwright, subverting the trope the masterclass: the sycophantic relationship between ‘interviewer’ and ‘artist’; the casual self-mythologizing of and aligning with canonical ‘greats’ that have gone before. MASTERCLASS begins as a parody of the celebrated lineage of the great male artist, but there is something else at play, and something very serious at stake.

Formally, the piece is playful and absurdist, using text, music, drag, and movement to challenge the audience at every turn. MASTERCLASS blends the fearless and savagely comedic feminist discourse for which Truscott is so well known with the subversive and formally slippery dramaturgy that is a hallmark of Brokentalkers’ work.