Leil Zahra Mortada: There is a Baba in Our House

Home » Leil Zahra Mortada: There is a Baba in Our House

Parting from a personal narrative, and using references from both popular culture and key political events, artist Leil Zahra Mortada uses the performative aspect of nationalism and its propaganda, to contribute to a much-needed debate around Pan-Arabism & its consequences, history and present.

In this political coming-of-age, the video highlights the blurred lines between the Father figure as both the patriarch of the family and the leader of the nation. The author holds their father’s bias accountable despite the latter’s unquestionable commitment to social justice.

“Look Mimi! Look Sally!
Baba is there in the Aswan High Dam
And when you come next time
You’ll find that the water has risen”

This verse is taken from one of the most popular children’s propaganda songs about the Aswan High Dam project, whose lyrics were published in the children’s magazine Karawan. Karawan was a new state tool used under Nasser’s rule to fight against the remaining effects of colonialism and raise a new generation of thinkers who rejected Western ideas and believed in his glorious revolution.

Writers, artists and composers were entrusted with the task of propagandizing the High Dam project and the benefits that would follow its construction. This was no different to how the state used its media apparatus to popularize Nasser’s concept of The Great Nation and his nation-building project. For example, in the movie The Naked Reality, which was filmed during the construction of the High Dam, the presence of Nubians is limited to a folkloric background scene with no mention of what they endured and how their suffering continues to this day.

National newspapers and government agencies also launched awareness raising campaigns about the necessity and inevitability of building the dam. The narrative was that this was not just a dam, but rather a challenge to Western imperialism and to the West in general, and thus a victory for Nasser, of all Egyptians and Arabs. Abdel Halim Hafez, one of the most famous singers in the “Arab world” at the time, would send clear messages about Egypt’s imminent transformation through his song Bostan El Eshterakeya (The Orchard of Socialism), with lyrics such as: “Come on in Mr. President, and make the desert bloom”.

People from all backgrounds were convinced that the construction of the High Dam would bring them salvation. News from Aswan reported the arrival of many foreign experts with their families, as well as a lot of heavy duty equipment. Arrangements were well under way for the construction of the “great project”. But the situation in the quiet and forgotten area south of the valley could not have been more different. For the Nubians, who had never known another home, fear over their uncertain futures took hold and an eerie silence prevailed over their villages. Then one day Nasser visited them and delivered his infamous speech in which he talked of his promise of building new communities with model villages along the Nile, and that the time had come for Nubians to make sacrifices for the sake of their country. The majority of Nubians did not believe a word he said, but they had no choice but to place their trust in the inspiring leader.

On the 18th of October 1963, the residents of the Daboud village were forcibly displaced from their homes. They could not fathom the idea that they had to leave behind their homes, their palm trees, their irrigation canals and even their buried dead. Their displacement was shrouded in secrecy. Filming or any media presence whatsoever was strictly forbidden (only a few were able to sneak their way in to capture the scenes). All this compounded the level of bleakness surrounding the process of forced displacement.

With Nasser’s government having complete monopoly over which images of the displacement process reached the press, photos of joyful Nubians leaving on large boats along the Nile spread far and wide. The bitter reality, however, was that the large boats that appeared in the photos were transporting merely a single batch of displaced people from the villages of Al Matoukia, thus playing down the real scale of the operation.

The Nubian displacement was in fact carried out using carriages that were normally used to transport animals between Sudan and Aswan. Iron handrails were attached to the carriages to transport the Nubians to Kom Ombo. While the merchants transporting the animals by carriage would be accompanied by veterinarians, notably no doctors were provided during the relocation of the Nubian villagers. The novel Jebel Al-Kohl (Al-Kohl Mountains) by the Nubian writer Yahia Mokhtar recounts this suffering through the tragic tale of Zainab Jounieh and her daughter Hajar. In the story, Zainab gives birth to her daughter Hajar on a displacement boat with help from the other women, but dies shortly after from postpartum fever. The newborn, Hajar, whose name is a nod to migration, also succumbs to her death because her mother is no longer alive to breastfeed her.

When the boats finally reached Aswan, the Nubians found buses waiting for them. They wondered, perplexed, why there were buses waiting for them if the villages they were supposed to move to were promised along the Nile. As the buses drove them 40 kilometers deep into the desert, they discovered that what awaited them was not the paradise that Nasser had promised them in Kom Ombo, but rather a village that resembled more a military detention camp. It was only then that those villagers who had agreed to migrate realized the extent of their deception. To lure them, the authorities had taken a delegation of Nubians to visit a completed model of what the houses in their future homeland would look like. But once the Nubians arrived, they realized that these promised homes did not actually exist. The displacement lasted eight months and is considered one of the largest forced displacement operation of the twentieth century.

The new houses built in the middle of the Kom Ombo desert looked more like tombstones than houses, and could only fit about 40 percent of the displaced Nubians. Meanwhile, a further 15 percent found the outlines of their future houses drawn on the ground as mere blueprints. The remaining villagers have yet to receive any compensation in the form of shelter, land or money, constituting one of the biggest issues for the Nubian cause until today. Each house sheltered four to five families, and people had to dig into their savings to build their new homes. Those who could not afford to stay in the resettlement villages moved elsewhere, paving the way for the Nubian diaspora to spread to Cairo, Alexandria and especially to towns along the Suez Canal.

In the first year of displacement, 90 percent of Nubian children under the age of seven died as a result of drought. They nicknamed the cemetery the kindergarten, and the first three school years of the new primary school were empty because so many children had died during the first few months of displacement.

Many elderly people also lost their lives in the first years of displacement as a result of climate change and adjusting to their new environment. Nubians were relocated to an area known as the Valley of Hell for its hot and dry climate, several kilometers away from their original homelands along the Nile which used to experience regular flooding. The Nubian community were forced into assimilation, culturally and ethnically, once they were relocated to Hilal Kom Ombo, between Kom Ombo and Edfu, an area with a high population density of Arab tribes.

Nasser held the ceremony to divert the Nile on the anniversary of the Palestinian Nakba. By doing so, he hoped to indirectly convey a message of victory to the masses. Several other Arab presidents joined Nasser in celebration. The moments of joy and victory were documented by hundreds of television cameras and through the lenses of thousands of professional photographers and ordinary bystanders. However, no one documented the suffering of the Nubians and the pain they endured after losing their homes. Nor did they document the lies the Nubians were told about their relocation to non-existent homes which were nothing more than chalk lines on the ground in villages with no electricity, water or sanitation.

While the completion of the High Dam was inaugurated by President Anwar Sadat, the achievement nevertheless bears Nasser’s name. In fact, it is the one of two accomplishments of Nasser that people have properly etched in their minds, just as Nasser hoped after a series of political and military defeats. A global call was made to save the monuments of Nubia in March 1960 under the auspices of UNESCO, a campaign which lasted until March 1980. During his rule, Nasser illegitimately donated a number of temples to countries that had contributed to the success of the campaign, and until today these temples generate millions for the countries in question.

In 1968 Syria, the Baath Party followed in Nasser’s footsteps by carrying out its own dam construction and subsequent policy of displacement through the Euphrates Dam project. The effects were documented in Omar Amiralay’s film A Flood in Baath Country, which until today is banned in Syria.

* The novel Al-Kohl Mountains by Yahia Mokhtar was published by Al Hilal Publishing & Marketing Group in 2001.
* More than 1,500 children who died during the displacement in the villages of Balana are buried in the Balana cemeteries. 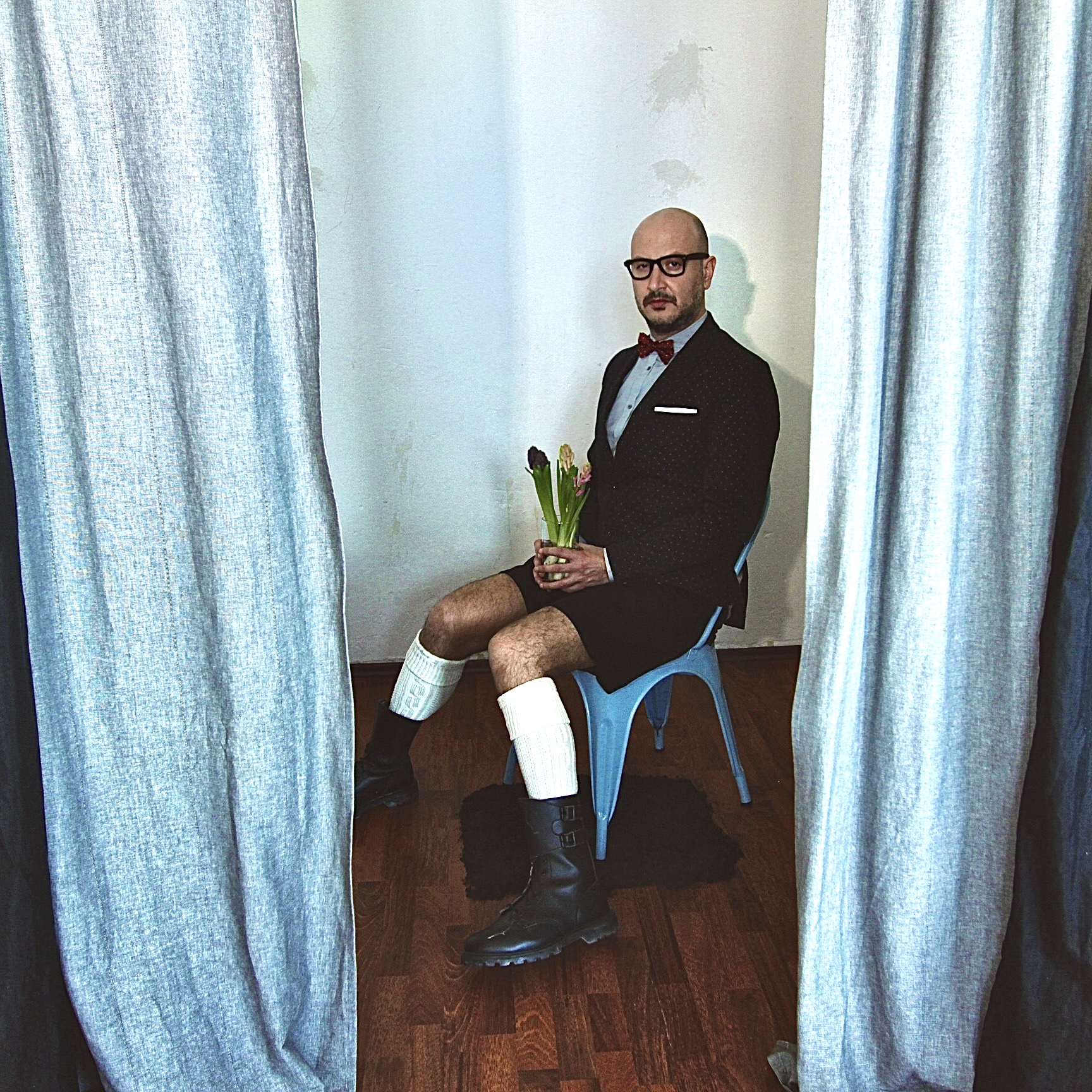 Leil Zahra Mortada is a transfeminist queer activist, researcher and artist/filmmaker, born in Beirut. Their film work includes the archival project “Words of Women from the Egyptian Revolution”; and the awarded experimental short “Breakup in 9 Scenes”. Leil is also behind the collaborative project Sound Frontier, a music research project focusing on marginalized music and sound art from a decolonial and feminist perspectives. Leil is also a researcher and trainer on digital security, online privacy and open-source investigations. Recently they concluded a fellowship at Mozilla Foundation on the impacts of content policing on social media platforms. Their work has a major focus on queer and feminist politics, archiving, migration, anti-racism and decolonialism.

Nubian Geographic was founded in 2015 to document Nubia and its geography, history, language, wildlife and more. As a Nubian initiative, we work to counter the systemic erosion of the Nubian culture through research, documentation, producing resources and raising awareness. We aim to become the organization of a Nubian Scientific Society that would help to preserve and revive our rich culture and history. 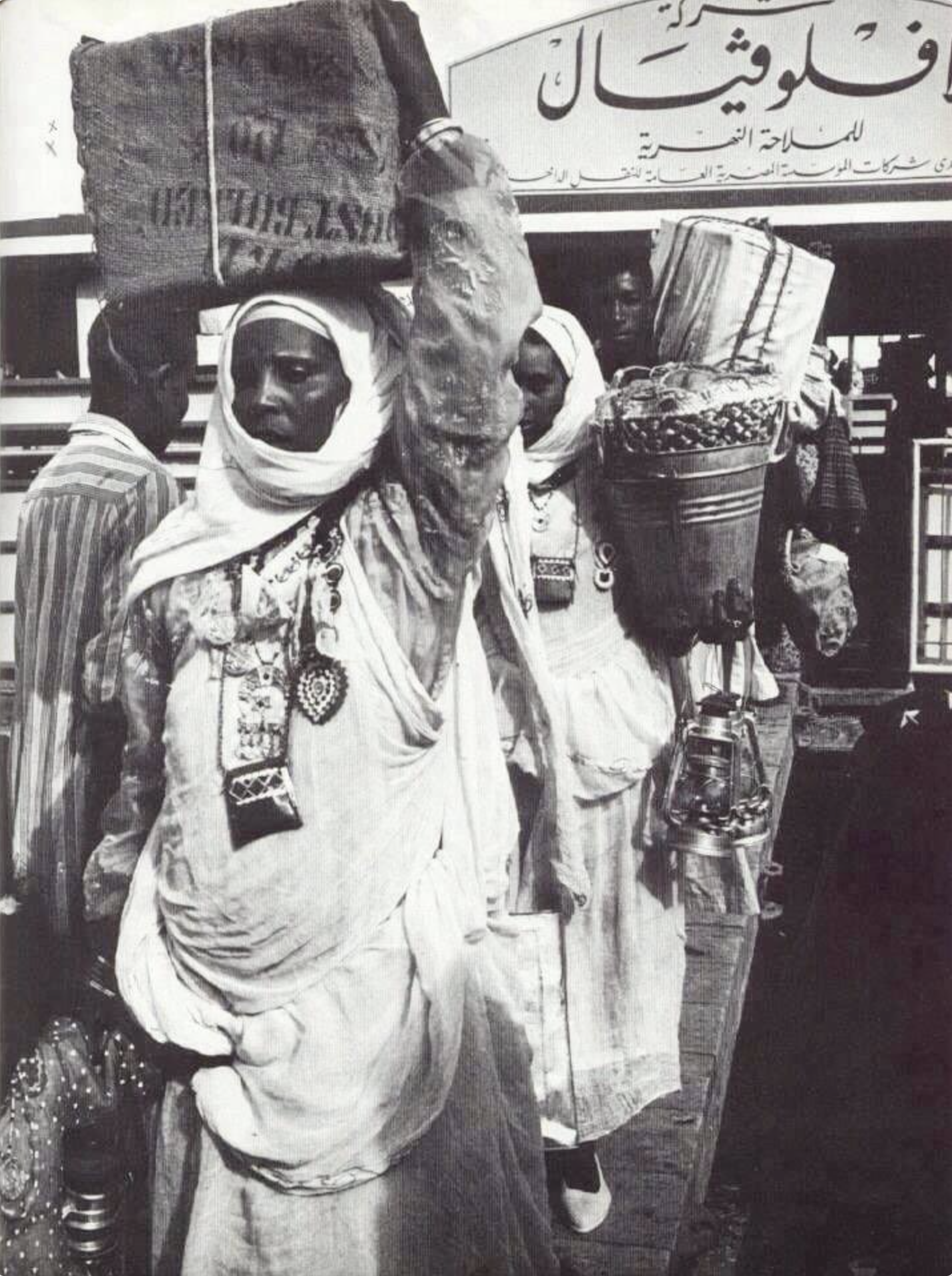