For Khar va Attar, the artist takes on the challenge of channeling a conversation between 10th century Persian scholar and doctor, Ibn Sina (Avicenna), her uncle Manoucher Emrani, an agricultural engineer and botanist, and her friend, Soraya Medina, a recently departed food justice advocate. This surrealist séance takes the form of a performative video woven together with other digital media. Khar va Attar explores the various medicinal properties of the different parts of the rose as well as other foods and plants, creating a hybridized recipe for healing.

Khar va Attar: On the Melancholic Politics of Healing

“[Q]ueerness is the conduit through which to access the shadow spaces of the past and bring them into the frame of the present.”
–Gayatri Gopinath, Unruly Visions: The Aesthetic Practices of Queer Diaspora

How can we imagine healing from wounds that are ongoing, derived from historical injustices that continuously generate new losses, piercing the present with violences at once familiar and shocking?

Put another way, what does one serve at a tea party with ghosts who manifest from the melancholic pain of the living? And how might a melancholic, or open, engagement with loss, rather than the closure of a finite mourning, turn grieving into an interpretative practice with political implications for the future?1

In Khar va Attar, Amitis Motevalli embodies a palimpsestic grief that cannot be contained in one particular time, place, or plane of consciousness, but spills, like tea pouring over the rim of a cup, over the borders between the living and the dead, between our era of planetary collapse and historical epochs of revolutionary decolonization and precolonial abundance.

The red tea flows over the rim of the china cup, into the saucer and keeps going, an excess of grief, the “too much” that one might feel in response to the piling up of loss. As in “too much” rage or “too much” sadness or wanting “too much” from this world. It is the “too much” that defies normative categories of gender, sexuality and diasporic identity and finds expression through queer affiliations with other marginalized populations. It is more than one body can hold, and so three ghosts appear to share the burden and offer helpful suggestions to ease the pain.

There is Ibn Sina, tenth century father of modern medicine, figure of pride for Iranians everywhere, proof that our people invented civilization no matter what those Europeans say! He tells our lonely protagonist of the healing properties of roses, of the relationship between the body and emotions, between the skin and the soul. In a voice of steadfast kindness and genuine concern, he shares what he knows about the healing properties of plants and flowers, knowledge gained in Iran and transposed onto the artist’s diasporic location.

There is Uncle Manoucher, lost to COVID-19 in Iran before Amitis and he are able to take their planned journey to the rose gardens of Kashan, who beckons, goads and chides her to move against the potentially paralyzing effects of grief. “How lucky are you that you live in America! In California! Where cannabis is legal, where it grows all around. Go get some, my child!” This playful spin on the ideal of America as the land of freedom and opportunity for immigrants is bitter sweet. For Amitis, the losses associated with migration as a child from Iran to the U.S. have been compounded by violence and loss in diaspora. In diaspora, however, there have also been opportunities to build relationships with others who have experienced colonization, displacement, economic inequality, and racialized gender oppression on this land.

The ghost of the artist’s dear friend Soraya invokes this history when she says, “You are on Tongva Chumash land” and lists the many medicinal properties of raw, wild honey, native to this part of the world. Natural medicine and the human desire to heal forge a link between Islamic and indigenous scientific knowledges, a space of connection in which to ward off the ruthlessness of alienation and loneliness, those psychic consequences of settler colonialism, slavery and war—and the modernity produced by these processes. This history of the present haunts through Soraya’s ghost, the most tragic of the three. Another premature death of a young woman of color in a country that systematically creates the conditions in which children of color lose their mothers. “Tell my two daughters I love them,” Soraya’s ghost says as she takes her leave.

The ghosts first appear as echoing voices communicating with the protagonist while she pours over photographs of Soraya, of Uncle Manoucher, and of other relatives left behind in Iran. Later, hand drawn animation renders the ghosts as a visual presence, and the artist is sometimes replaced by an animated drawing of herself so that she shares formal representation as well as the space of her living room and garden with her spectral guests.

The California landscape is overlayed with animation as well, as drawings of roses burst from barren branches at the touch of the artist’s hand and drawings of cannabis plants saturate a field with a flickering green vibrancy. At one point, the animation subsumes the video imagery entirely, removing houses and other signs of settler colonial capitalist development to make way for an abundance of plants, mountain and sky, as if to heal the land itself. The intensification of nature through animated plants, flowers and bees creates a surrealist interpretation of the landscape, attuned to the layered histories that have left multiple, open wounds. As Amiri Baraka wrote of Afro-Surrealism many decades ago, “…this beauty and revelation have always existed in a historically material world…in which the broken glide by in search of the healing element, or are tragically oblivious to it.”2 It is the ghosts who nudge Amitis out of doors into the aliveness of this enhanced natural world, who talk her through a journey in search of the ingredients she will need for a healing elixir: rose petals, cannabis leaves and wild, raw honey.

Khar va Attar engages an anti-imperialist, anti-racist genealogy of surrealist practice, creating juxtapositions that fragment normative categories and expectations and make new forms of critique possible. If surrealism emerged from what Luis Buñuel called the “obstinate dedication to fight everything repressive in the conventional wisdom,” then the formal poetics of Khar va Attar convey this dedication through quotidian encounters with revolutionary ideas and movements that crisscross historical epochs and geographical spaces, ranging from the Haitian Revolution to the “war on terror.” Interior shots of the artist at home reveal abolitionist feminist books, posters of iconic Third World revolutionaries, and other signs of a life committed to social transformation and artistic creation adorn tables and walls, forming an intimate archive of queer diasporic subjectivity.3

It is the mode of the encounter, however, that enacts what Gayatri Gopinath has called the “aesthetic practice of queer diaspora,” in which queer affiliations disrupt the normative frameworks of linear time, national borders, and dominant histories.4 There is a casual subversiveness that runs through Khar va Attar and emerges from seemingly mundane acts. For example, in a sequence in which Amitis stages the process of selecting outfits as a self-conscious exercise in femme performativity culminating in the taking of selfies in front of a mirror, the unexpected juxtaposition of her stylized, sensual female body with posters of Malcolm X, Ho Chi Min and Che Guevara simultaneously evokes a previous revolutionary era as a site of queer affiliation and destabilizes the very category “revolutionary.” The artist’s unapologetic high femme aesthetic is no less an expression of desire for revolutionary transformation than the normative hetero-masculinity of the famous men on the posters, thus constituting queer femme desire as an alternative site of radical politics.

Queer melancholia enables critical dialogue across time and place, across racial, ethnic, gender and sexual delineations, between the desires of the living and those of the dead. If loss is both immediate and historical, intimate and geopolitical, identity based and relational, then grieving will have to be just as capacious and open-ended, infused with the solidarity and compassion of the ghost healers of Khar va Attar. 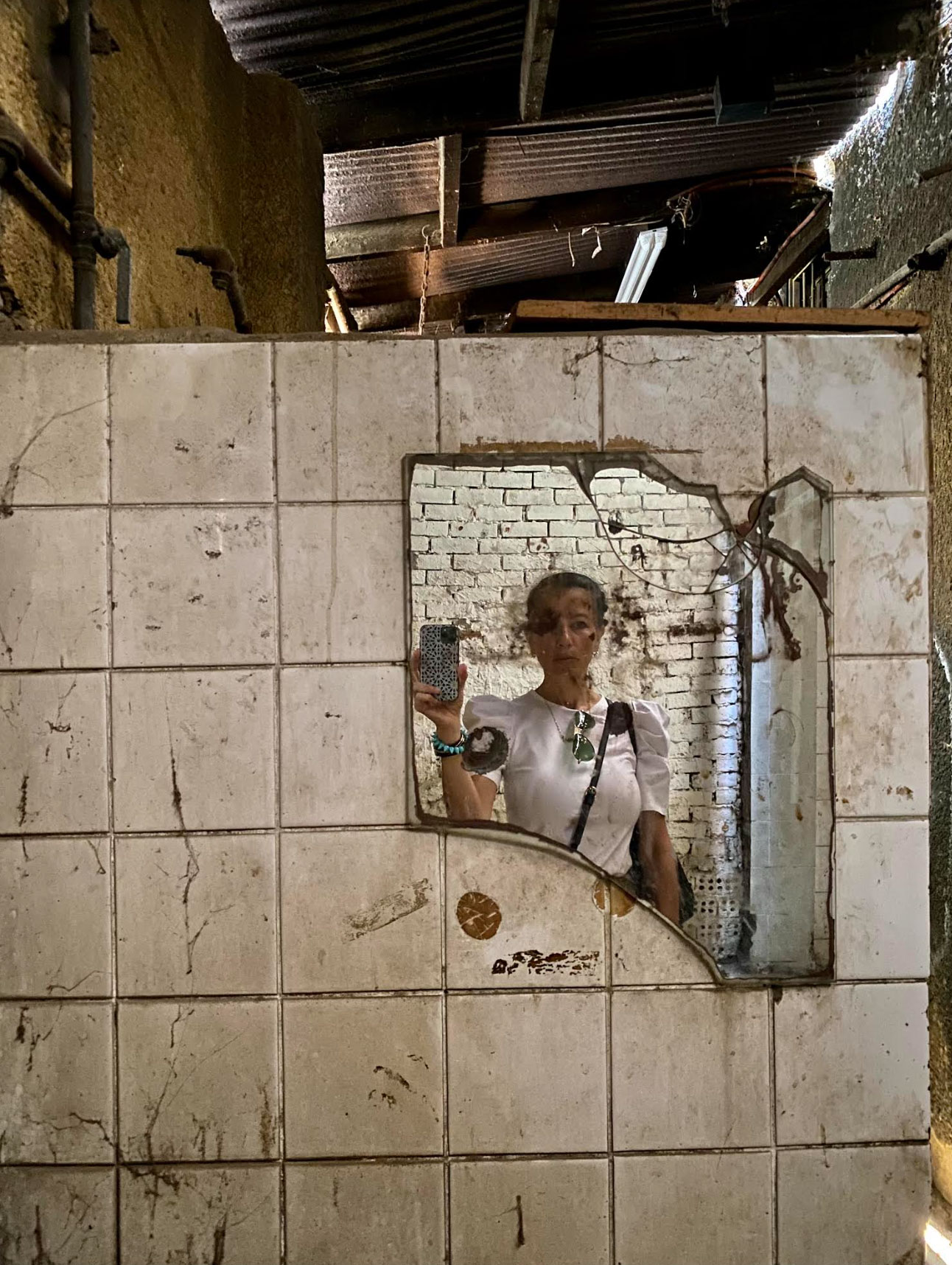 Amitis Motevalli is an artist who explores the cultural resistance and survival of people living in poverty, conflict and/or war. Her experience as a trans-national migrant is foundational in her work. Through many mediums including, sculpture, video, performance and collaborative public art, her work juxtaposes iconography with iconoclasm. Her work intends to ask questions about violence and historical documentation and canonization, while invoking the significance of a secular grassroots struggle. She currently lives and works in Los Angeles, exhibiting art internationally as well as organizing to create an active and critical cultural discourse through information exchange, either in art, pedagogy or organizing artists and educators.

Manijeh Moradian is assistant professor of Women’s, Gender and Sexuality Studies at Barnard College, Columbia University. Her book, This Flame Within: Iranian Revolutionaries in the United States, is forthcoming from Duke University Press (November 2022). She is a founding member of Raha: Iranian Feminist Collective. 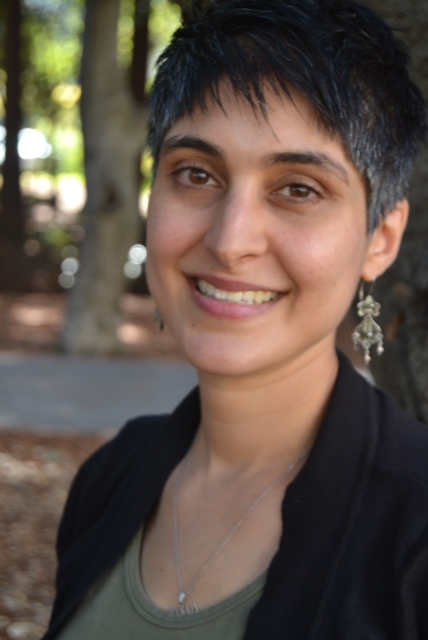