Two friends and food makers share their recipes for healing, their personal histories and food journeys, and wider reflections on medicine versus the medicinal, knowledge versus expertise, the homegrown and the home-y, the wholesome and the holy-cow-get-that-away-from-me.

Who cooks from scratch? Is it wholesome and healthy? Pointless, maybe even oppressive, an act of squandering the conveniences for which decades of food scientists dedicated their careers? Is it the best way to extract every mineral from every cell that goes into the making of our food, to cure the ones we love when they’re under the weather or finesse our bodies to better comply with our ideals? Is it bourgeois, goyish, white people shit – or the ultimate real-deal? (I’m so pleased when I tell Brian a story from my childhood of something I wasn’t allowed to have because my mother said, ‘No, that’s for white people,’ and Brian has an almost identical story of the same withheld object of desire because his mother found it goyish.) It’s healthiest, I think, to see that we can’t win while things are the way things are. We’ve got to eat, and that’s that.

Goyishe (the Yiddish term for ‘not-Jewish-y’) applied to mushroom haircuts, Teddy Ruxpins and Oreos. Every Jew from a kosher home in the 1980s remembers Hydrox, the kosher counterpart to Oreos. Oreos were only made kosher in the late 90s, when I was no longer getting a lunch in a lunchbox. Can you imagine what it was like to have off-brand Oreos, about which we were constantly regaled/convinced, by our mothers and rabbis, about their culinary superiority?  I imagine anyone who was sold carab as a chocolate substitute would know the pain. OH I KNOW that Season was sold carab as a chocolate substitute. I could smell that shit a mile away, and you could, literally, smell that shit a mile away. One day, after eating TCBY for ages, having been told it was ice cream, I learned that it stood for The Country’s Best Yogurt. I remember the moment that it happened and the disgust I felt. JUST TELL ME WHAT I’M EATING DAMMIT!

Brian Lobel is my best friend. He has more friends than anyone I’ve ever known. Real friends, not just people he knows, people he’s friendly with, a network – none of those near-synonyms is what I mean here. He is a genuine intimate and comrade to more individuals than anyone I’ve ever met, so I’m not sure if he considers me his best friend. But I don’t care. He’s mine.

Since we’re such close friends, it’s natural that we’ve had a lot of meals together. But in terms of dining style, we’re an odd couple. I eat so slowly I often wonder how anyone tolerates sharing a table with me. Though, as I write this, I remember that it’s common knowledge that Brian has the patience of a saint. In contrast, Brian’s a gobbler. Not in a pejorative sense; I mean that he eats with gusto. It’s what you want when you’ve cooked for someone. I’m a nervous host; Brian is literally an award-winning host. (See: Come Dine With Me, 18 September, 2018)

We’re both socialists. I’m red to Brian’s pink, but he might see it differently. But we both bring class-consciousness to the grocery store, the cornershop, the restaurant. We’re both over-workers with a need for convenience and care and rest that inflects our food choices perhaps more often than we’d prefer.

Of all the words meaning ‘friend’, the one that describes Brian’s and my friendship is, for me, copain. My bestie, my buddy, an intimate copain – with bread, to etymology dorks like me. Our friendship unfolded over the years to the clanging of cutlery or with pizza boxes on our laps, making each other laugh and forget our manners.

My biggest fear when eating with Season, is that I’ve stopped noticing that she eats so slowly. And she does eat slowly. But I’m scared that I’ve stopped noticing because it makes me think that I talk way too much at a meal. And that I scarf my food. She can say ‘with gusto’ all she wants… but when my episode of Come Dine with Me aired in 2017, a random Twitter user noticed that anytime there was a camera shot of the four contestants eating a meal, my plate was already completely empty, while others had just started. I am, indeed, a gobbler. I think the reason why I hate plated meals (as opposed to serving oneself or passing bowls) is that they expose the gobbling, my gobbling, so crassly. I hope this isn’t in direct opposition to my socialist politics in any way, but I know that if it was, Season would have told me by now. We are best friends, and I’m happy to see that written in print, as if it’s not clear enough in the video we made.

Not to bring up COVID, but ok, I’ll bring up COVID: I’m afraid people will insist on plated meals, as both a health and safety standard, and a personal preference. And if, previously, I saw the act of sharing germs as an expression of love, what to do in this new world? So much of the pandemic has been about the barriers between people, the kissing between glass windows, the hugging in full body condom-type contraptions, and for me, being across countries from Season has meant no opportunity to share germs, to eat off each other’s plate, to lick each other’s cookie batter bowls. When I first arrived in Berlin to visit Season after the first lockdown (was it the first? We’ve now been in this new reality so long, I can’t quite remember), I know we moved quickly from hugs to dinner making. And we definitely shared germs.

One of my favourite things to eat is One Two Three Four Cake. One cup of butter, two cups of sugar, three cups of flour, four eggs. This plantation recipe is one of the only things I get sentimental about when it comes to my ancestry. And I appreciate my childhood lessons in foraging. They imparted not just plant identification, but also the principle that the world is abundant really. Scarcity is always manufactured.

I like that so many plants are both food and medicine, and so many meals are, too.

I can’t fathom what magic you know about how foods are healing, but I know that I your company – be it over barley, or fried chicken, or munchie-inspired-homemade-chocolate-peanut-butter-pretzels – is the most efficacious of medicines to me. 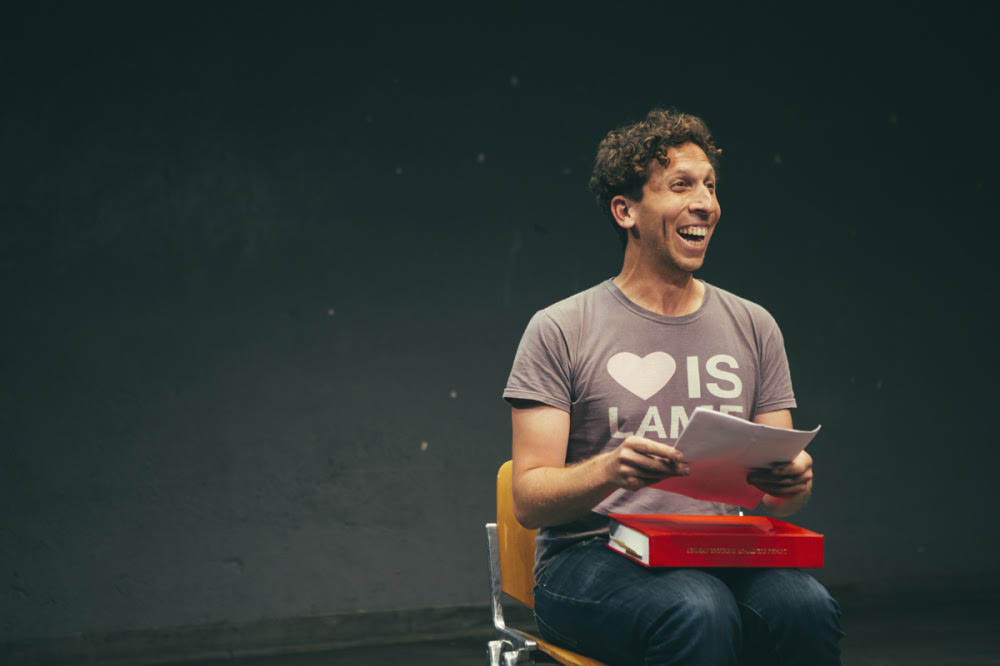 Brian Lobel is a performer, teacher and curator who is interested in creating work about bodies and how they are watched, policed, poked, prodded and loved by others. His performance work has shown work internationally in a range of contexts from Harvard Medical School, to Sydney Opera House, to the National Theatre (London) and Lagos Theatre Festival, blending provocative humour with insightful reflection. Books include Theatre & Cancer, Purge and BALL & Other Funny Stories About Cancer. Brian has received commissions and grants from the Wellcome Trust, Complicite, and Arts Council England, among others. Brian is a Professor of Theatre & Performance at Rose Bruford College, a Wellcome Trust Public Engagement Fellow and the co-founder of The Sick of the Fringe. blobelwarming.com

Season Butler is a writer, artist, dramaturg and lecturer in Performance Studies and Creative Writing. She thinks a lot about youth and old age; solitude and community; negotiations with hope and what it means to look forward to an increasingly wily future. Season’s current work-in-progress explores bodies and identities in constant motion, crossing borders, heading from crash to crash. Her recent artwork has appeared in the Baltic Centre for Contemporary Art, Tate Exchange, the Latvian National Museum (Riga) and Hotel Maria Kapel (Netherlands). Her debut novel, Cygnet, was published in spring 2019 and won the Writers’ Guild 2020 Award for Best First Novel. She lives and works between London and Berlin. seasonbutler.com 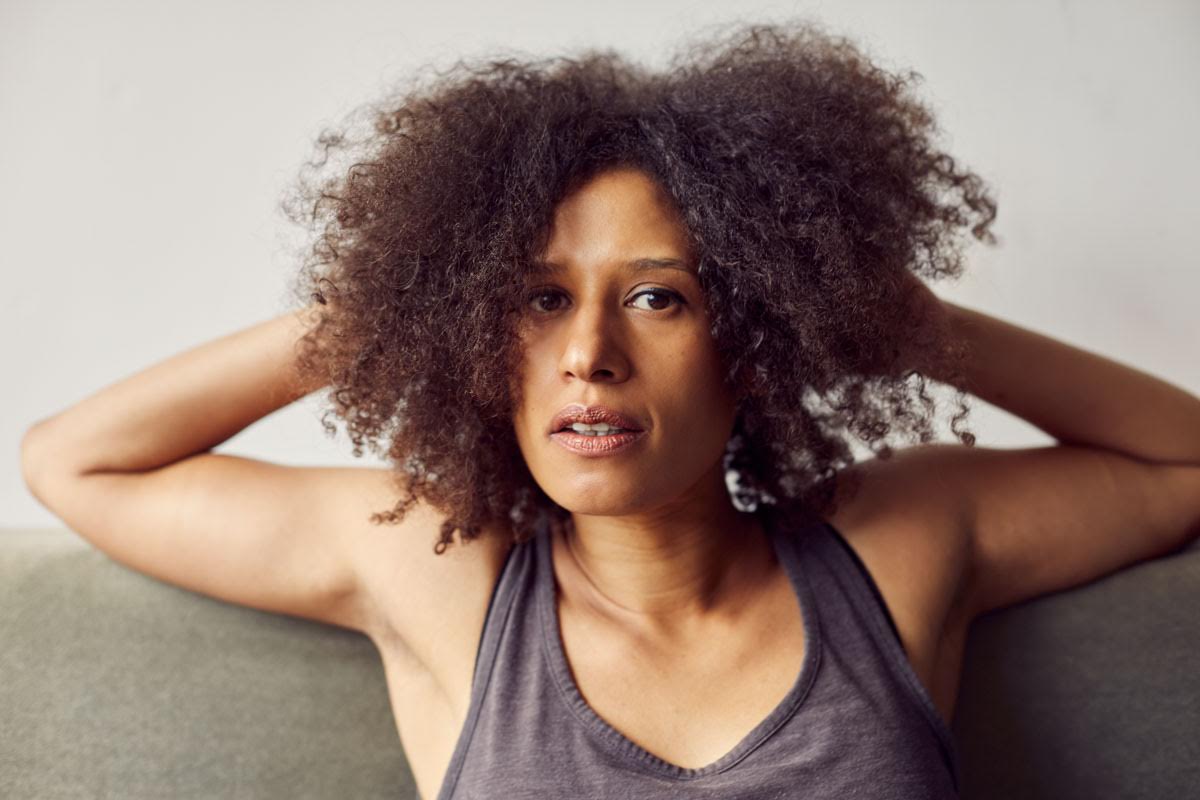