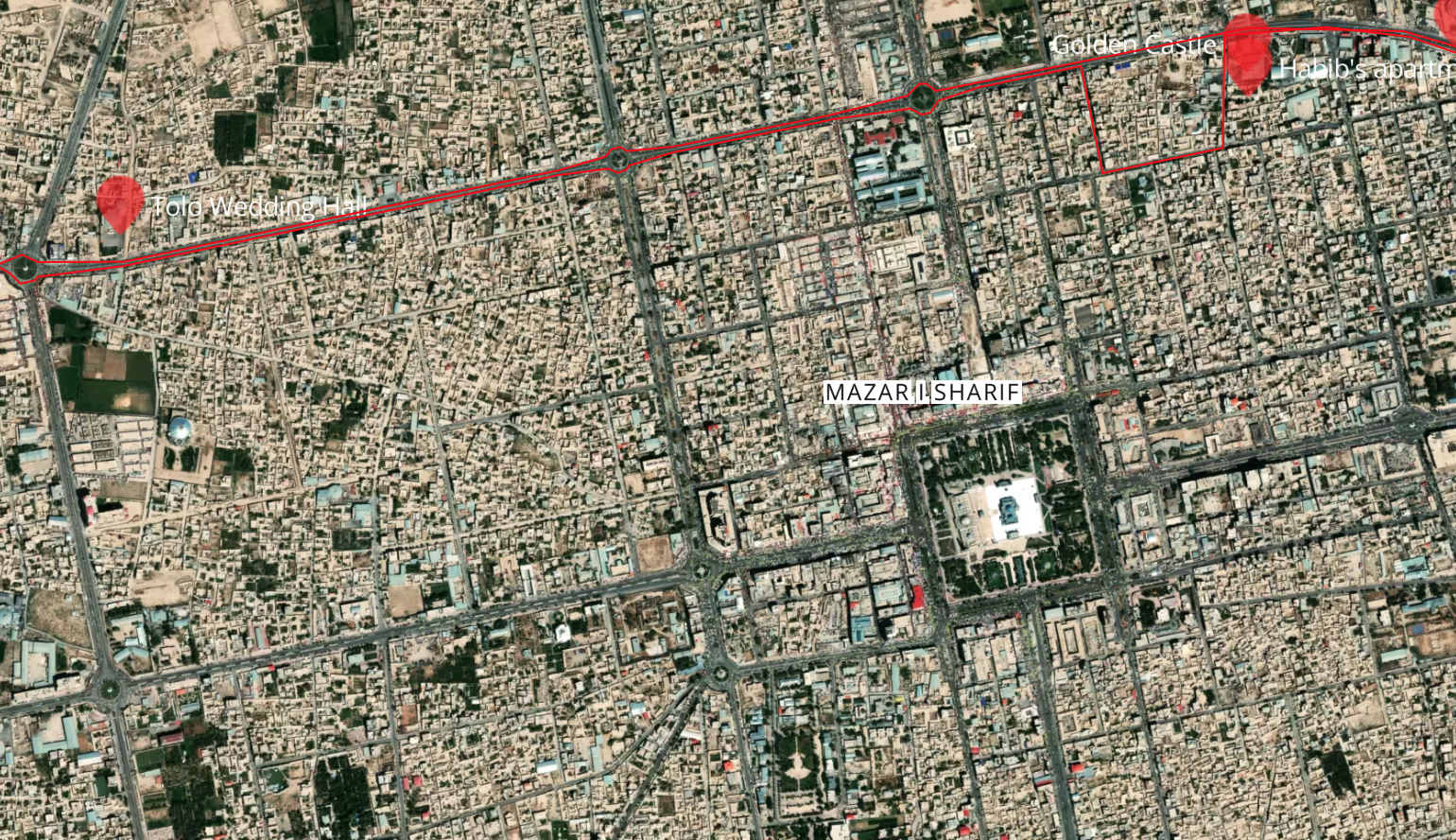 Last Exit Kabul is a civic initiative that was created spontaneously by journalists, activists, and advocates who came together out of a shared sense of the intolerable and unethical nature of the U.S. military withdrawal from the country in August of 2021, and a shared sense of responsibility toward the Afghans left behind. Neither a top-down NGO nor a grassroots community-based initiative, LEK is a loosely-structured, decentralized solidarity and direct action project. It is just one node among dozens, working together within a transnational and unlikely coalition of individuals who have felt called to act in the face of the U.S. government’s crime of indifference.

The LEK mapping project emerged from a desire to represent the network activists, the Afghans trying to escape, and the physical, bureaucratic, and political obstacles in their way. Could we make a map that described both the Afghans in waiting, in transit, in limbo? And what of the “rescuers”? The Special Ops, military men and women trying to win the war they lost. Foreign journalists, diplomats, aid workers, UN, government bureaucrats, working outside official channels to help their friends and friends of friends and anyone at risk because the international institutions and governments have completely failed. The charlatans, crackpots, and earnest volunteers scattered all over the world. No one knows yet how to describe this entity. Some talk about spontaneous cells, a living organism, each cell somehow finds the others—the logistics experts who procure landing rights, diplomatic notes, Airbus 340s; the baseball cards circulating to describe at risk Afghans; the Afghan owners of the sole airline charter company; the smugglers and bribes, the Taliban traps, the scholars, prime ministers, civil aviation authorities. How does that organism relate to the young Afghan women who just want a future, young Afghan women hiding from Taliban, journalists posting images of their beatings, the Whatsapp and Signal chats spinning around the world, the Afghans on kill lists?

Using memories, locations, journalist accounts, and Whatsapp messages, this prototype aims to convey a sliver of the collective Afghan trauma. We hope this is the beginning of an expanding chronicle and map of the Afghans’ exodus and betrayal.

How the U.S. Helped, and Hampered, the Escape of Afghan Journalists
→ NYTimes
Last Exit Kabul, Friends of Afghanistan
→ Fundly