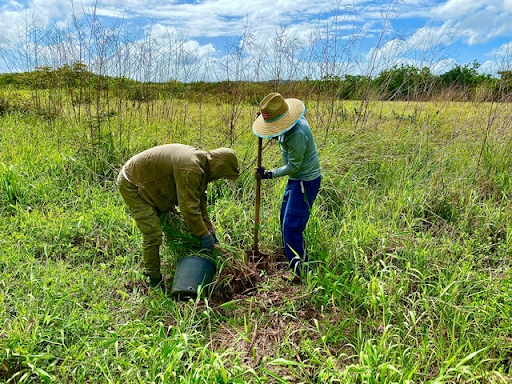 Social choreographer Ernesto Pujol designs durational group performances as public portraits of peoples and places under threat. Pujol choreographs immersive cultural experiences across vast expanses, crafted with elements of walking and stillness, silence and minimal gestures. In 2015, Pujol founded The Listening School, a series of pilgrim workshops that explore the psychic archeology of human creativity, training artists and citizens in listening skills for social practice, seeking the creation of conscious culture. In 2020, he launched The Savage Gardener Project in partnership with the Conservation Trust of Puerto Rico, seeking to decolonize ecology through native and edible gardens of cultural memory. He is currently working as an artist gardener in the tropical arboretum of Hope Plantation, a coastal nature reserve. Pujol has also been involved with the Save a Sato Foundation, launching and running a Volunteer Dog Walking Program for hundreds of needy shelter dogs.

Pujol has served as a consultant for the New York State Council on the Arts and the National Endowment for the Arts. He has received awards from The Joan Mitchel Foundation, the Pollock-Krasner Foundation, the Mid-Atlantic Arts Foundation, the New York Foundation for the Arts, Art Matters, and the Academy for Educational Development. Pujol is the author of Sited Body, Public Visions: silence, stillness & walking as performance practice (2012), and Walking Art Practice: Reflections on Social Paths (2018). His essays, interviews and profiles have been collected in Buddha Mind in Contemporary Art, A Lived Practice, Fernweh: A Traveling Curators’ Project, The Spiritual in Art, and Dewey for Artists, among other publications. Pujol has an MFA from The School of The Art Institute of Chicago, and currently resides in San Juan.