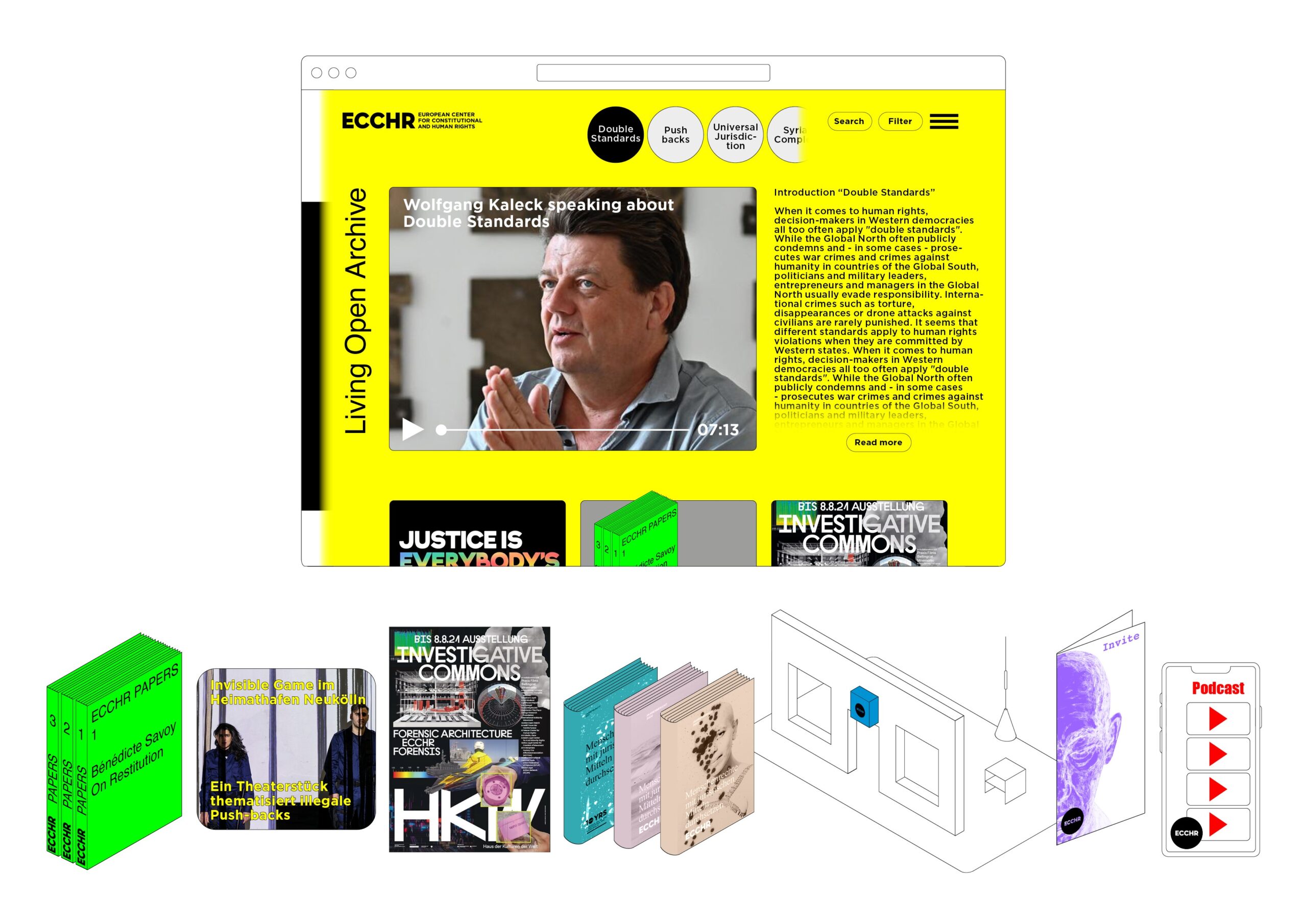 To counter injustice with legal interventions – this is the aim and daily work of the European Center for Constitutional and Human Rights (ECCHR).

ECCHR is an independent, non-profit legal and educational organization dedicated to enforcing civil and human rights worldwide. Together with those affected and partners worldwide, ECCHR uses legal means to end impunity for those responsible for torture, war crimes, sexual and gender-based violence, corporate exploitation and fortressed borders.

ECCHR has worked internationally for 15 years with partners and those affected to ensure that those responsible for torture, war crimes, sexual violence, pushbacks of migrants and refugees, and economic exploitation are held legally accountable. Over the years, ECCHR has not only developed (legal) expertise, but has also generated a tremendous amount of knowledge.

CHRA is supporting ECCHR as it develops the “Living Open Archive Project” which aims to document and archive the knowledge generated by the organization, embed it within a larger context, and also reveal the connections between diverse subjects through developing meta-narratives.

The challenging task of the project is to create a vivid, living archive, as opposed to a linear or static one. Through utilizing diverse formats and media, ECCHR hopes to reach a broad spectrum of groups and individuals, while continually reinventing the composition of the Living Open Archive.