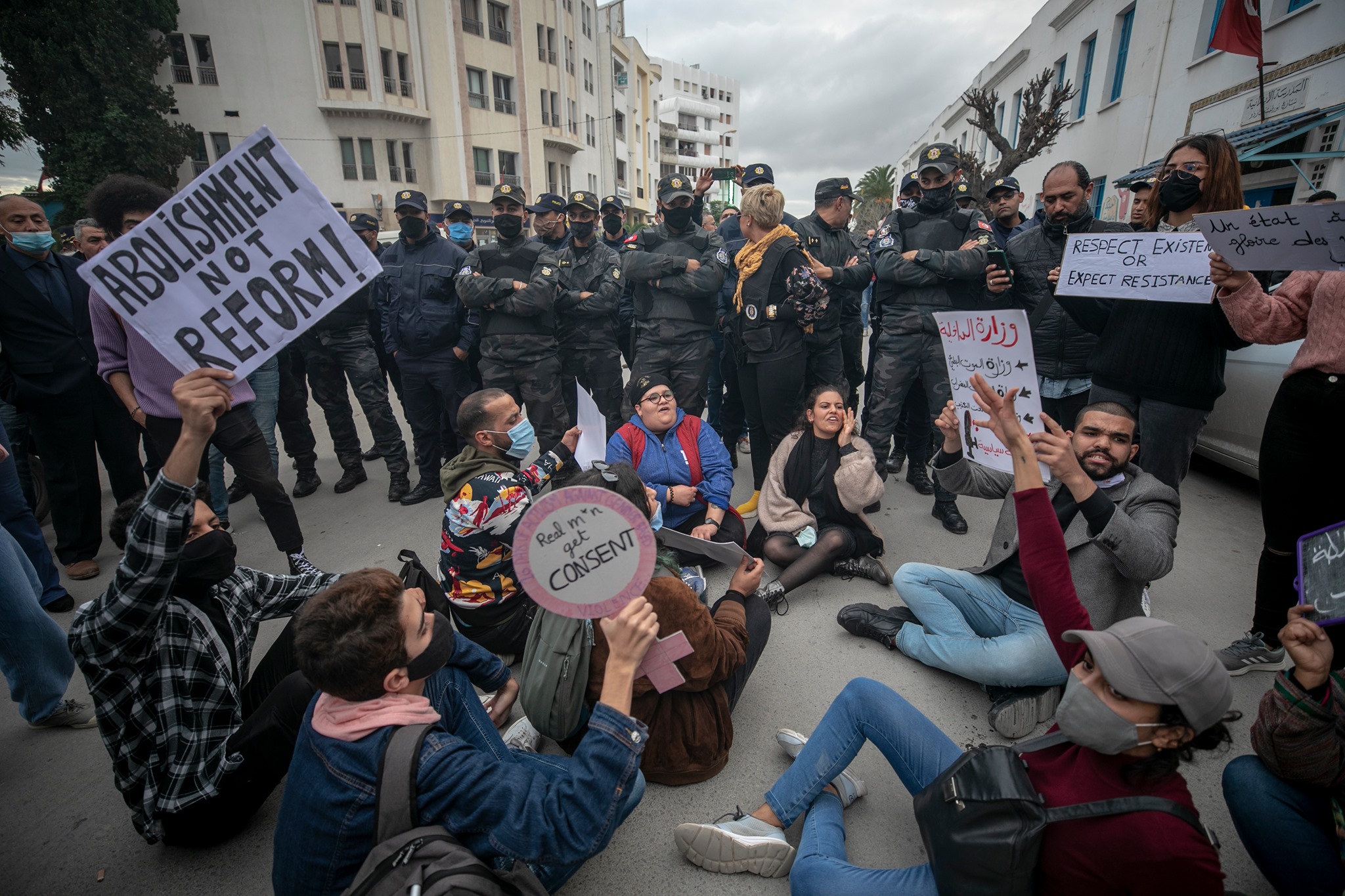 Damj began its work by creating safe and secure spaces for the LGBTQI++ community in Tunisia, following a wave of arrests of LGBTQI++ community members in 2008. Damj worked to create a legal support group to deal with arrests and legal cases. At the time, there were no organizations defending LGBTQI++ rights; Damj became the first official LGBTQI++ rights group in Tunisia. Damj works towards a vision of a pluralistic, egalitarian and safe Tunisia. Specifically, Damj works to abolish law 230 of the penal code, which bans homosexuality. Dialogue is at the heart of Damj’s work: in order to establish solid principles of citizenship, it seeks to eradicate all forms of discrimination and include all the minorities within Tunisian social fabric.

Apartment 19 is an interactive performance and video work about the history and legacy of Damj as a safe house for LGBTQI++ people in Tunisia and the first queer rights organization in post-revolution Tunisia. Created through ongoing oral history workshops and in collaboration with queer activists and artists, Apartment 19 focuses on the personal experiences of Damj founder, Badr Baabou, and his colleagues, comrades, and friends. Based on Badr’s oral history, Apartment 19 takes the audience through Damj’s journey and the different spaces it has inhabited. The interactive performance puts the audience in direct conversation with the performers, who themselves are queer activists and helped co-create the piece. Participants dive into the daily struggles that activists face, as well as celebrate the moments of pleasure and solidarity that Damj creates as acts of resistance. A short film will document the performance and the process of its creation, as well as share additional context. Apartment 19 will be performed in different cities around Tunisia, with a further possibility for collaborating with institutions in other countries. The performance will be subtitled in French, English, and sign language, with the additional possibility of descriptive audio to further aid inclusivity.