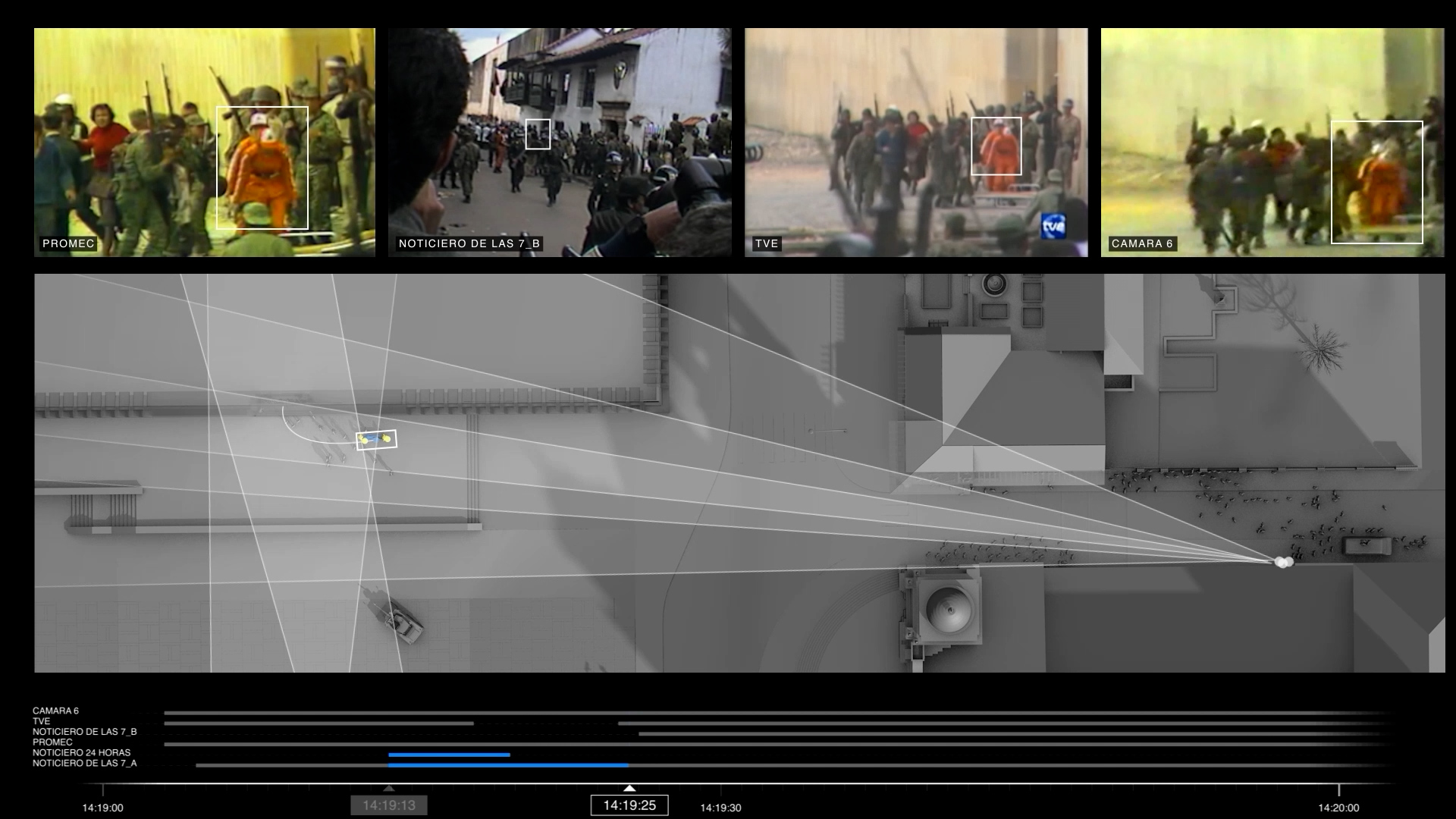 Forensic Architecture (FA) is a research agency, based at Goldsmiths, University of London, investigating human rights violations including violence committed by states, police forces, militaries, and corporations. FA works in partnership with institutions across civil society, from grassroots activists, to legal teams, to international NGOs and media organizations, to carry out investigations with and on behalf of communities and individuals affected by conflict, police brutality, border regimes and environmental violence.  Their work often involves open-source investigation, the construction of digital and physical models, 3D animations, virtual reality environments and cartographic platforms. Within these environments they locate and analyze photographs, videos, audio files and testimonies to reconstruct and analyze violent events. They also use our digital models as tools for interviewing survivors of violence, finding new ways to access and explore memories of trauma.

As part of a national reckoning, Forensic Architecture (FA) was commissioned by The Commission for the Clarification of Truth, Coexistence and Non-Repetition of Colombia (aka the Colombian Truth Commission) to work on a number of investigations. On the heels of this collaboration, there has been a demand for more visual investigations to be conducted in Colombia. In response, FA is establishing a new research unit dedicated to visual investigation and pedagogy. This initiative is led by Oscar Pedraza (CHRA Fellow 2021-22) and Hannah Meszaros Martin (Research Fellow, FA) who directed the projects with the Colombian Truth Commission and Forensic Architecture.

Support from CHRA is being used to investigate a case of police brutality in Bogotá in the context of the National Strike. The investigation is solicited by the Committee in Solidarity with Political Prisoners. The Committee is the first human rights organization created in Colombia, and was originally founded by Gabriel Garcia Marquez in an attempt to protect political activists who were being targeted by the state in the context of the Cold War. The investigation will produce a video report, which uses 3D analysis of available footage to reconstruct the scene of the crime. The video will be included in a public hearing in Bogotá.

In addition to providing material that can be used effectively by lawyers and human rights’ activists, we hope this work will provide the foundation for a long-standing Latin American office of Forensic Architecture, based in Colombia but with the intensive participation of artists, designers and scholars from different parts of the region.

The Activism in Process grant not only directly supports a team of investigators in Colombia, but also provides funding for the specialized training that is needed for this work, including 3D animation, geolocation of images as well as image matching.

This initiative also offers opportunities for Bard, Los Andes, and other OSUN students to collaborate and learn the skill sets needed to conduct visual investigations as well as practice-based research methods they can use in their own work.